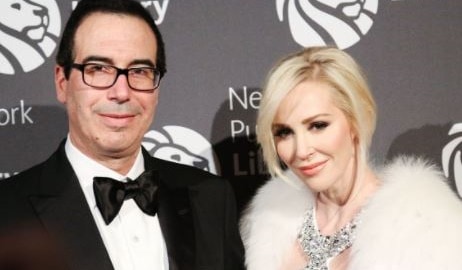 Louise Linton is the lovely wife of US Secretary of the Treasury, Steven Mnuchin –who was appointed by President Trump last year.

Louise’s husband is a former investment banker who worked at Goldman Sachs for nearly two decades. Born Steven Terner Mnuchin on December 21, 1962; the New York native has also been a hedge fund manager and film producer.

The millionaire 55-year-old is the father of three children with former wife, Heather deForest Crosby. But we’re here to tell you about the lovely, Louise Linton who became his second wife in 2017. 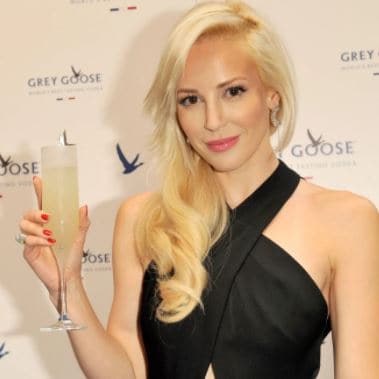 #1 Louise Linton is a Scottish gal and has the same birthday as her husband.

She was born Louise Hay in Edinburgh, Scotland, United Kingdom on December 21, 1987. She was the third child born to William and Rachel Hay.

#3 She moved to LA to pursue acting

She moved from Scotland to LA where she studied journalism at Pepperdine University and later attended University of West LA law school while pursuing an acting career.

#4 She has landed multiple roles in film and TV.

Linton can be seen on “CSI: NY” and “Cold Case,” as well as the film “Cabin Fever.” Most recently she appeared in the 2016 thriller Intruder, where she played a cellist whose home is broken into by a stalker.

#5 She has her own production company

She is the founder of independent production company Stormchaser Films.

#6 she was accused of being a liar

Linton was involved in controversy over claims she made in a book, in which she described volunteering in Africa as a teenager. In “Congo’s Shadow: One girl’s perilous journey to the heart of Africa” describes Linton’s time in Zambia in 1999.

However the book generated a social media storm, with thousands of Zambians taking to Twitter under the hashtag #LintonLies to denounce the book was inaccurate and Linton for portraying herself as a “white savior.”

#7 She was previously married

Louise Linton was married to Ronald Richards –a Los Angeles defense attorney. The marriage lasted only three years from 2006 until 2009.

#8 She met Mnuchin through mutual friends

The couple met at a wedding reception in 2013 and were eventually married on June 24, 2017. The ceremony was officiated by Vice-President Mike Pence and it took place in Washington’s Andrew W. Mellon Auditorium, with the 300-person guest list.

Last August, Linton tagged a string of luxury fashion designers and showed her and her husband exiting a federal airplane after a trip to Kentucky. An offended Instagram user commented on the post, “Glad we could pay for your little getaway. #deplorable.”

A clearly unhappy, Linton then took to Instagram to boast about her family’s wealth and personal “sacrifice.”

The whole thing culminated in Linton issuing an apology through her publicist and deleting the Instagram post. She recently told Elle, she felt ‘stupid’ for her response of the deleted Instagram snap. 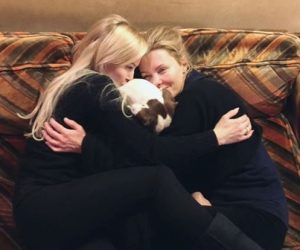 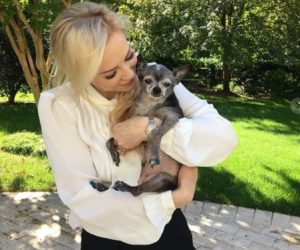 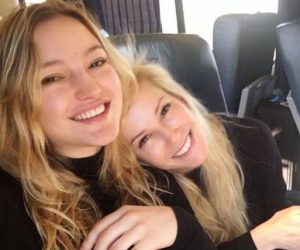 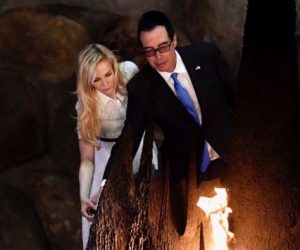 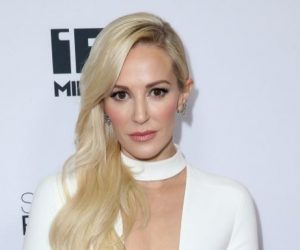 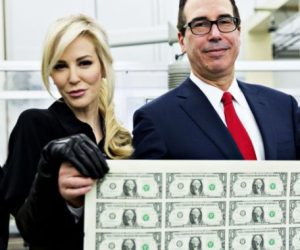 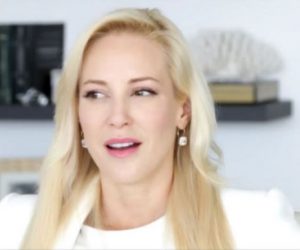