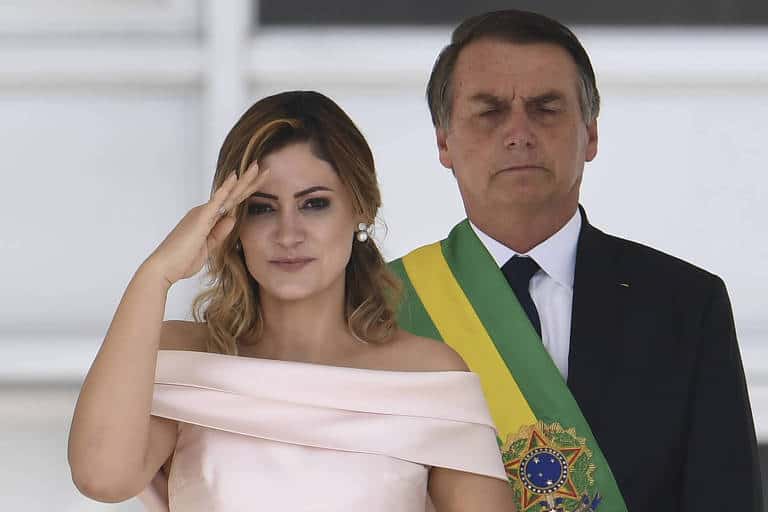 Meet Brazil’s First Lady Michelle Bolsonaro; she is the beautiful and lovely wife of Jair Bolsonaro, who became Brazil’s 38th President in January 2019. The member of the Social Christian Party served in the Brazilian Army’s artillery field and parachutist group.

President Bolsonaro born on March 21, 1955, in Glicerio, Sao Paulo, Brazil is one of the children born to Olinda Bonturi and Percy Geraldo. He attended Escola Preparatoria de Cadetes do Exercito and the Academia Militar das Agulhas  Negras where he served in the 9th Field Artillery Group and graduated as an Artillery officer in 1977.

Jair Bolsonaro famous for his finger gun gesture was nominated for president for the PSL on July 22, 2018, he was endorsed by the Brazilian Labour Renewal Party. On September 6, 2018, while campaigning in Juiz de Fora, Minas Gerais, President Bolsonaro was stabbed in the stomach; Adélio Bispo de Oliveira who claimed he stabbed Bolsonaro as a mission from God was arrested the following day. Jair Bolsonaro was released from the hospital on September 29.

Regarding his health, Jair Bolsonaro tested positive for COVID-19 on July 8, 2020, he was rushed to a hospital on Monday, January 3, 2022, due to an intestinal blockage.

“After feeling abdominal discomfort, the president was admitted to Vila Nova Star hospital in Sao Paulo early Monday to undergo examinations,” Bolsonaro’s office said in a statement, according to CBS News. “The president is doing well. Further details will be released after his medical bulletin is updated.”

According to the media, that was the second time he was hospitalized with the same symptoms and is the result of his 2018 stabbing attack.

Firstly you all need to know that the former Michelle Reinaldo is President Bolsonaro’s wife #3; his first wife Rogeria Nantes Brade is the mother of his three sons Eduardo, Flavio, and Carlos.

Second wife, Ana Cristina Valle is the mother of his youngest son Renan. 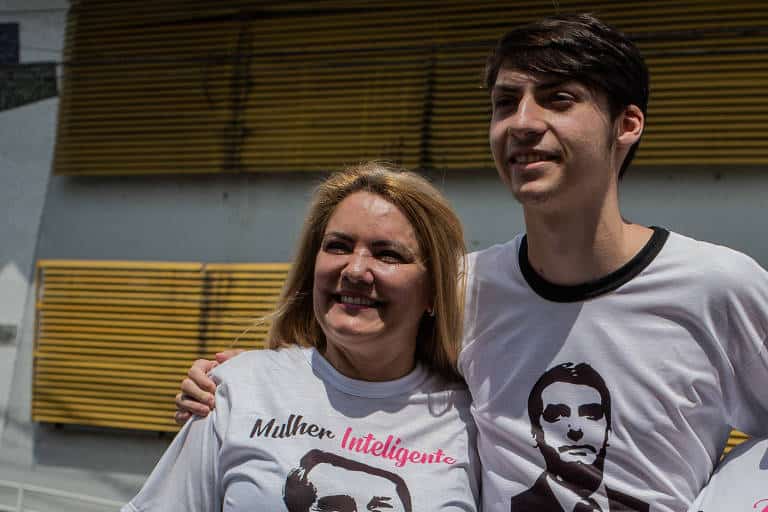 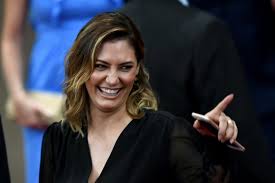 Thirdly, She enrolled in college to pursue a career as a pharmacist, but never attended a single class; but instead, she worked initially at a local supermarket, later at a clothing store and finally in the parliament as a secretary.

The Fourth fact is that in 2006, worked in the parliamentary office of Deputy Vanderlei Assis; later was the secretary to Deputy Marco Aurélio Ubiali and finally became parliamentary secretary of President Bolsonaro on September 18, 2007. 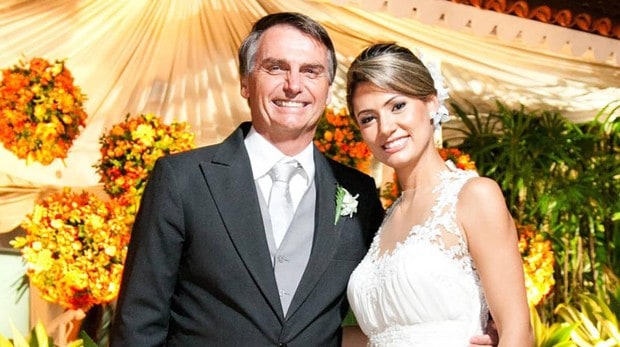 Furthermore, the fifth and final fact is that Michelle and Jair Bolsonaro tied the knot on March 21, 2013; their daughter Laura was born in 2011. She has one older daughter Leticia Aguilar from a previous relationship. 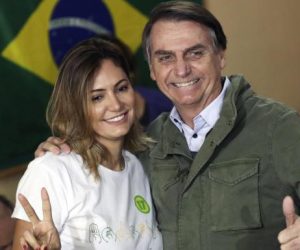 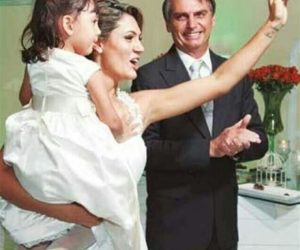 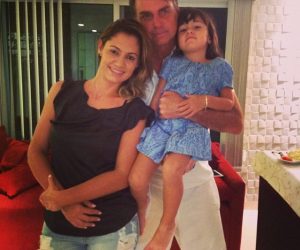 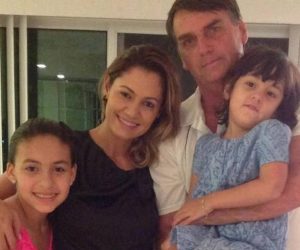