Erdenetuya Seagal is the lovely wife of actor, producer Steven Seagal -who also became known for his martial art skills.

Erdenetuya’s famous husband recently settle charges with the Securities and Exchange Commission after he failed to disclose payments for promotional work.

Born as Steven Frederic Seaga on April 10, 1952; the Michigan native started learning martial arts at the age of seven, and learned karate from a cook at a restaurant called The Wagon Wheel.
He then rose to fame due to his martial art skills which gave him the opportunity to star in a long list of action films such as Pistol Whipped, Attack Force, Black Dawn, Today You die, and Machete. His acting debut occurred in the 1988 film Above the Law.

Seagal who is also known for operating his own Aikido Dojo in Japan, is currently married to Erdenetuya Seagal. Meet her below 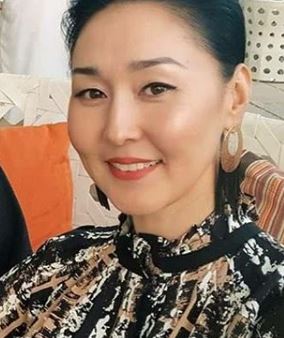 #1 She is his fourth wife

Seagal married Miyako Fujitani in 1975 (divorced in 1986), having son Kentaro and daughter Ayako with her. He then married Adrienne LaRussa in 1984, but their union was annulled in 1987, the year he married actress Kelly LeBrock. He and LeBrock divorced in 1996 after having daughters Annaliza and Arissa, and son Dominic. During his marriage to LeBrock, Seagal began having an affair with the children’s nanny, Arissa Wolf. He and Wolf have one daughter together (Savannah).

#2 She used to work for her husband

In 2001 he met his fourth and current wife, Erdenetuya Seagal. The two have been married since 2009. She met her then future husband while she worked as his interpreter during his visit to Mongolia. She would later become his assistant for five years before tying the knot.

#3 She hails from Mongolia

Erdenetuya Seagal was born Erdenetuya Batsukh, she is originally from Mongolia. Ms. Seagal who goes by “Elle” trained as a dancer from an early age.

#4 She is a former professional dancer

She studied at the Children’s Palace in Ulaanbaatar, Mongolia. Following her graduation she became a professional dancer, winning a number of dancing competitions. She was considered the top female ballroom dancer in Mongolia.

Erdenetuya Seagal gave birth to the couple’s only son, Kunzang on September 18, 2009. She is known to enjoy a private life and not much more is known about her. 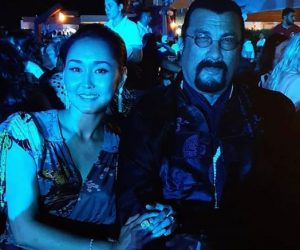 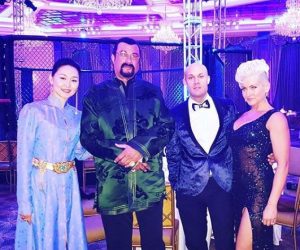 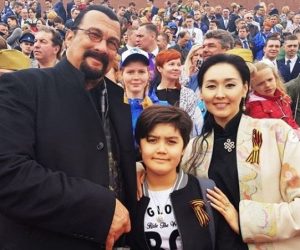 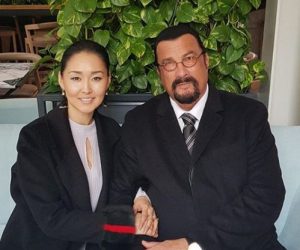 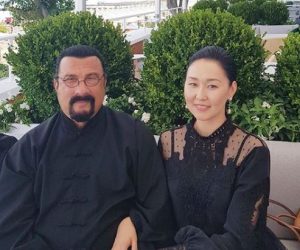 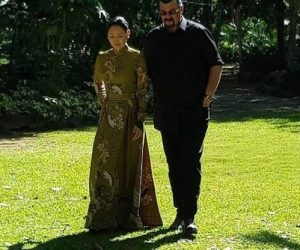 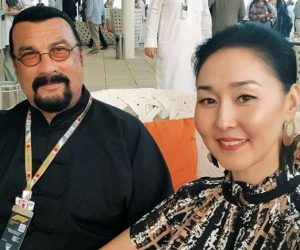