Lyudmila Putina was once the wife of Russian President, Vladimir Putin. The two were together for nearly 30-years until their divorce in 2014.

The Putins married on July 28, 1983, and have two daughters, Maria born in 1985 and Yekaterina born in 1986, whose lives get little public view. The couple seemed to have their differences, while Putin seeks the spotlight she is more of a private person and does not like the publicity. She was even rarely seen in public during her husband’s long tenure. 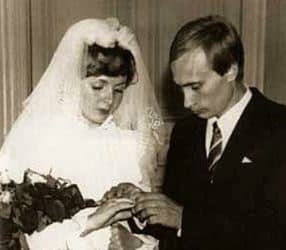 Putina and her daughters have followed the Russian tradition of maintaining a low profile on the political stage except when is required by the protocol.

The former first lady of Russia was born Lyudmila Aleksandrovna Putina on January 6, 1958, in Kaliningrad, Soviet Union. She attended Leningrad State University graduating in 1986 from the Branch of Spanish language and philology where she also taught German until 1994. She is a former Aeroflot flight attendant.

While her husband served as a highly profiled Russian politician she became in charge of a fund with the objective to develop the Russian language. Her little involvement in the public eye was confined to only giving statements about the maintaining and preserving of the Russian Language.

She and Vladimir Putin struggled with numerous cheating rumors. 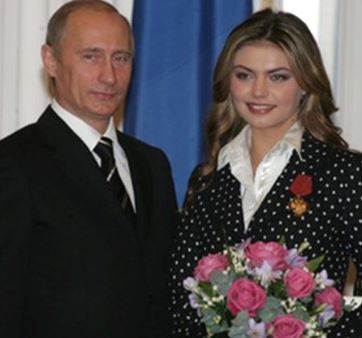 Gorgeous alina Kabaeva is a former Olympic gymnast turned politician who is 30 years his junior. The two were first linked together in 2008, when the Russian paper Moskovsky Korrespondent stated that she was engaged to marry Putin.

Alina Kabaeva was born Alina Maratovna Kabaeva on May 12th, 1983 in Tashkent, Uzbekistan, Russia to Lyubov Kabaeva a Russian basketball player and Marat Kabaev, an ethnic Tatar, was a professional footballer with the team Pahtakor. Alina has one younger sister named Lisana.

She began training in gymnastics at age 13 under the coaches Anelia Malkina and Lyudmila Nikitina. She made her debut with the Russian Olympic Team in 1996 –winning her first gold medal two years later at the 1998 European gymnastics Championships in Portugal. Alina won the title again in 1999 plus won the absolute champion World title in Osaka, Japan. Following great success in the gymnastics world, she retired in 2007.

It is believed Alina and Putin share at least two children together. Prior to Putin she was in a relationship with a militia captain named, Shalva. 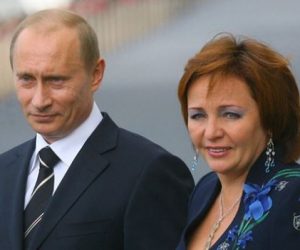 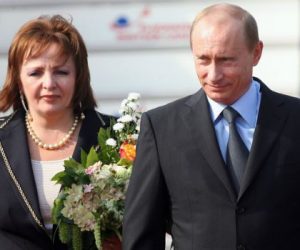 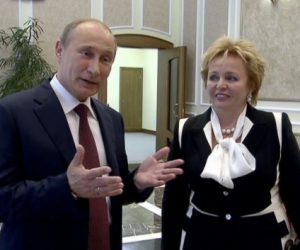 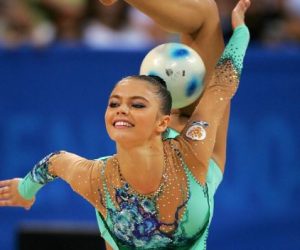 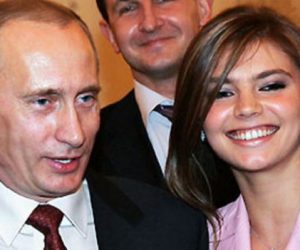 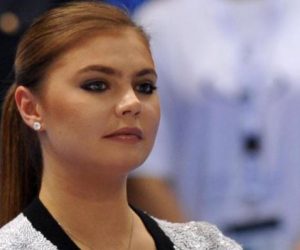 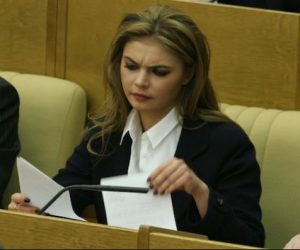