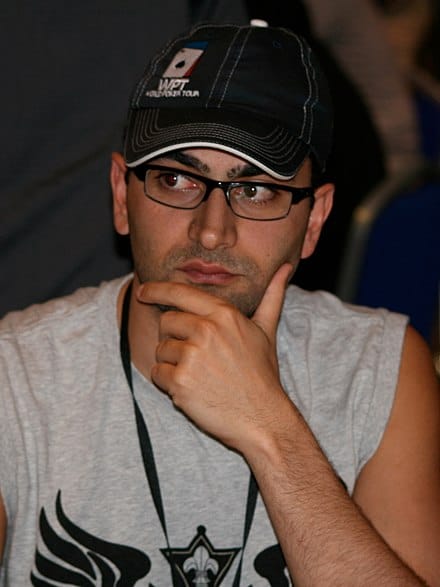 Antonio Esfandiari may not be as big a name in pop culture as Daniel Negreanu, Phil Ivey, or Phil Hellmuth, but he’s earned more in professional poker than any of them. In fact, Esfandiari is the second richest poker player in the world by table earnings, behind only Erik Seidel (who’s way out in front with an astounding $40 million-plus in career earnings). In a way, this actually makes Esfandiari one of the most successful athletes of the past two decades (acknowledging that many dispute the term “athlete” as it relates to pro poker).

Esfandiari might also represent something of a dying breed of celebrity in this regard. The poker craze, such as it was in the early 2000s, is no longer garnering primetime television coverage. The game has migrated largely away from tables and onto the internet, and the leading casino provider sites we’ve seen coming out of New Zealand, Great Britain, and elsewhere focus as much on slots and table game simulators as poker tournaments. The very concept of “casino gaming” has changed, and with it the prestige and borderline mystique of the pro poker star have faded.

This actually makes someone like Antonio Esfandiari all the more interesting though. He could well be one of the last true poker celebrities we have, if indeed the future of casino gaming is more about internet arcades than poker tournaments and televised competition. So perhaps it’s fitting that Esfandiari – a poker purist, as far as his public persona goes – happens to have a wife who is also firmly attached to the glory days of pro poker.

Here are five things to know about Amal Bounahra.

#1 She’s the daughter of a poker pro

Amal Bounahra got her introduction to the world of professional poker very early – before the true craze was even at its peak. She’s the daughter of Badih Bounahra, a still-active pro with career table earnings in excess of $2 million.

This might not need to be stated, but because the name Bounahra doesn’t sound American, and because Antonio Esfandiari is Iranian; there could easily be an assumption that Bounahra is from overseas. In fact, she hails from Ft. Lauderdale (with her father too being from Florida).

#3 She first got public attention from Allen “Chainsaw” Kessler

Amal Bounahra first caught on as a public figure on the internet not because of Esfandiari, or even, directly, her father. Rather, it was because Allen “Chainsaw” Kessler, another poker pro, tweeted about her when he caught sight of her during the 2011 World Series of Poker. This got the community wondering who exactly Bounahra was, and in short time people realized she was actually Badih’s daughter.

#4 She too played professional poker

Not to be outdone by father or eventual husband, Amal Bounahra has tried her own luck at the pro tables too. She hasn’t had quite the same success; but she’s cashed in more than $15,000 at multiple events, and is clearly a formidable player in her own right.

#5 Her taste in homes is exquisite!

Back in 2017, Bounahra and Esfandiari made some headlines outside of the poker arena when they snapped up a modern pad in Venice. Let’s just say the $3.4 million home is stunning, so we can confidently say Bounahra has some excellent taste!