Lina’s better half was born to Robert Gene and Jane Elizabeth Carter and raised alongside his brother Nick Carter and sisters Angel, B.J. and Leslie.

Aaron is best known as a pop singer and for his appearance on the 9th season of Dancing with the Stars. The youngest of the Carter bros has said he was pushed into the entertainment business at a young age, a thing he admits to regretting.

He released five albums in the pop and hip hop genres. His first album included the hit singles “Aaron’s Party (Come And Get It)” and “That’s How I Beat Shaq.”

Meet his girl below. 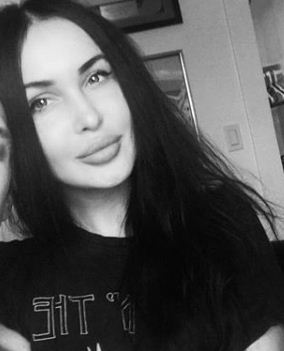 #1 They have a new romance

Lina and Aaron have been dating for a short period of time. They reportedly began dating in September.

#2 Her man is known for his many relationships

Prior to Lina, Aaron dated Madison Parker and had an on and off relationship with Hilary Duff for a few years. He was also romantically linked to Lee Karis. He also revealed last summer that he finds both men and woman attractive.

#3 Lina Valentina is an artist

Lina is also into the arts. According to her website, her favorite art media is acrylics, in addition to painting on canvases, Lina has also painted murals that could be found in NYC, Brooklyn and LA.

#4 She is not from around

Lina is a Russian born beauty who migrated with her parents from Russia to Spain, when she was 14.

#5 She paid tribute to her grandmother

Lina’s grandmother Valentina passed away in Russia and she was unable to attend the funeral. ‘It was then that Lina vowed to portray her grandmother’s memory by making her name known around the world.’

Lina’s artistic varies from contemporary art to surrealism, the stunner speaks three languages and has attended SCSU, Paier College of art and FIT. You can check out her work here.

#7 She is popular on social media

The mom to be who has both arms covered in tattoos Lina Valentina is also quite popular on social media with over 40k followers on Instagram.

#8 She is currently pregnant

Aaron and Lina recently announced they are expecting their first child together. Aaron also hinted they will be getting engage soon. 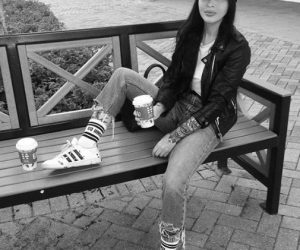 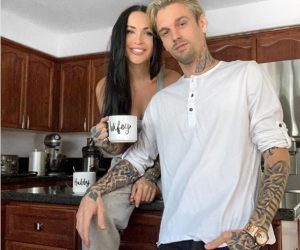 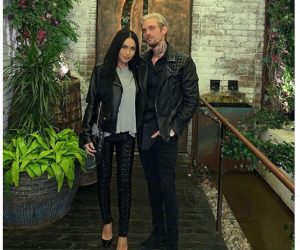 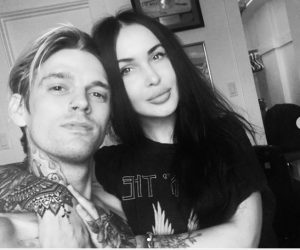 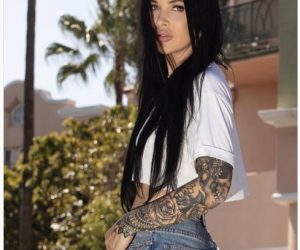