Elaine Chao is the lovely wife of Senate Majority Leader, Mitch McConnell –who signaled during an interview that a president can be impeached but not indicted.

Elaine’s husband was born Feb. 20, 1942, in Sheffield, Alabama; and was raised in Louisville, Kentucky by parents Addison Mitchell McConnell and Julia Shockley. 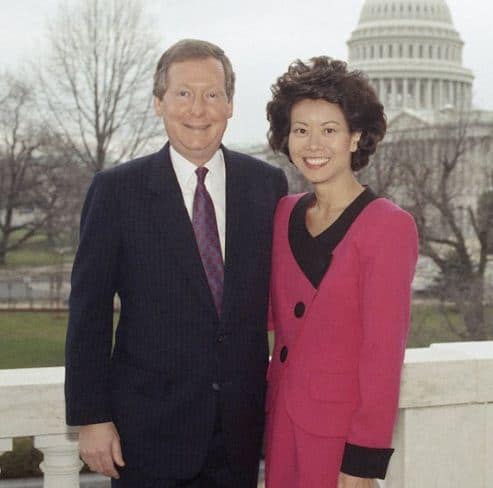 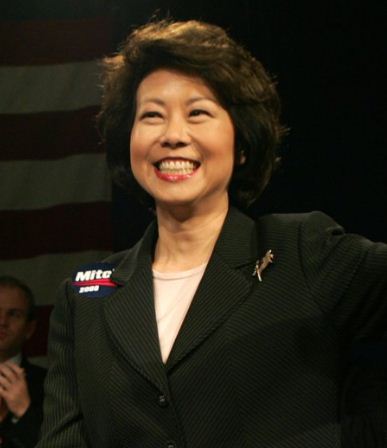 She was born Elaine Lan Chao on March 26, 1953 in Taipei, Taiwan but grew up in New York after her parents left in 1949. The daughter of Chinese parents became the first Asian American woman and the first Chinese American in U.S. history to be appointed to a President’s Cabinet.

Prior to her appointment as Secretary of Transportation, she was a Distinguished Fellow at Hudson Institute. She earned her MBA from the Harvard Business School and an economics degree from Mount Holyoke College. For her work in public service she is the recipient of 37 honorary doctorate degrees. Chao and her husband are often described as one of the most powerful couples on the US political scene.

Check out photos of Elaine Chao in Instagram here. 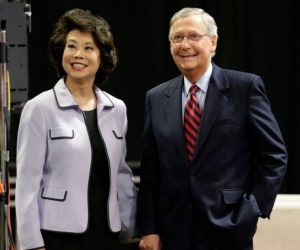 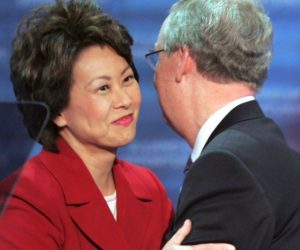 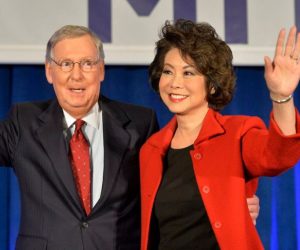 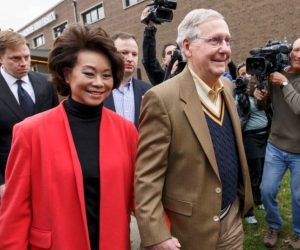 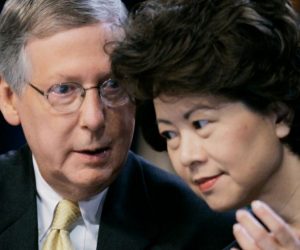 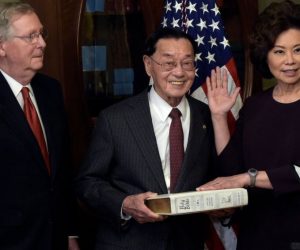 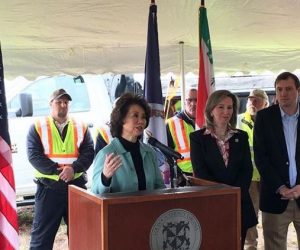