Her notorious dad served as Mayor of New York for four terms from 2001 until 2013. The businessman and philanthropist is also known for being in the top ten among the richest people in the country. The 78-year-old media mogul and politician has now entered the presidential 2020 debate stage.
Bearing the prominent last name will surely make heads turn and now the more so. Check out Georgina Bloomberg’s top facts. 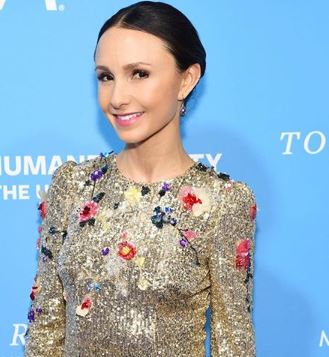 #1 Her parents are divorced

The founder of Bloomberg LP -has been in a relationship with Diana Taylor since 2000 -and was previously married to Susan Brown-Meyer from 1976 until 1993. From his marriage he is the father of two daughters, Georgina Bloomberg and her older sister, Emma Bloomberg.

#2 She is known as an equestrian and philanthropist

Georgina Bloomberg was born January 20, 1983; the New Yorker has made a name for herself as a professional equestrian and philanthropist.
Georgina a decorated equestrian and published author, attended The Spence School and later New York University’s Gallatin School of Individualized Study. She also attended Parsons Fashion Design College. She is known as a professional show jumper and team owner.

#3 She broke her back twice

Bloomberg has spondylolisthesis, a spinal disorder that made her especially vulnerable to back injury. As a result, she broke her back twice, first in 2002 and and later in 2010. She underwent surgery on her back in 2011, and spent eight months in recovery wearing a brace.

#4 Georgina is also an author

In addition to a successful equestrian career, Bloomberg has co-authored four young adult novels about the equestrian show circuit: “The A Circuit, “My Favorite Mistake,” “Off Course,” and “Rein It In.”
“The A Circuit,” which tells the story of a young showjumper whose talents are called into question because of her father’s wealth, is loosely based on Bloomberg’s own life.

She has one son with fellow equestrian Ramiro Quintana, Jasper Michael Brown Quintana, who was born in December 2013. Quintana and Bloomberg split in 2014, but co-parent their son, according to ESPN.

#6 She is passionate about animals

She is also well known for her philanthropic efforts, particularly for her extensive animal welfare work. Her commitment to helping animals is a theme she has repeatedly spoken to the media about over the years. She has several rescues of her own including dogs, a goat, horses and mules. They live with her in on her farm North Salem, New York.

#7 Georgina is the founder of the Rider’s Closet

In 2006, she founded the Rider’s Closet, which donates riding clothes to therapeutic riding programs. She’s also on the board of trustees of the US Equestrian Team Foundation.

Georgina who also has her own website, writes on her Instagram bio ‘Equestrian, author, mother, animal activist’

#9 She owns a number of properties

Georgina owns a farm in North Salem, New York. She also has apartments in Manhattan’s Upper West Side and equestrian capital Wellington, Florida, according to Hamptons Magazine. She owns two units in a white-glove building on Central Park West worth $10.2 million and $4 million respectively, according to Mansion Global.

#10 Her sister is married

Her older sister Emma Bloomberg is a married woman who also goes by Emma Frissora. Emma is the wife of Christopher Frissora, son of another billionaire, Mark Frissora. She and her husband have been married since June 2005. They welcomed daughter, Zelda Violet in 2015. 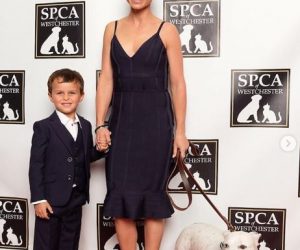 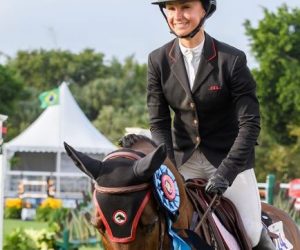 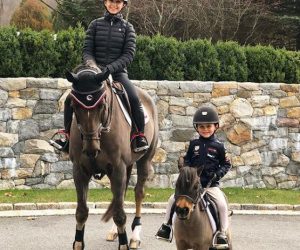 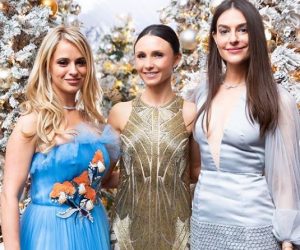 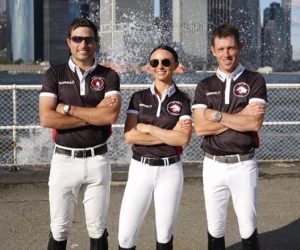 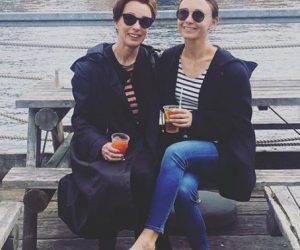 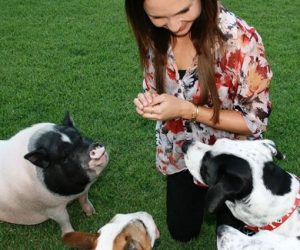