Jerramy Stevens, the former NFL player, is also husband to retired soccer goalkeeper Hope Solo, who, as we all know, represented the United States from 200 to 2016, winning six titles. Hope also played for several women’s soccer league teams and college soccer for the Washington Huskies at the University of Washington.

Hope Amelia Stevens Solo was born in Richland, Washington, on July 30, 1981.  She is one of two children of Jeffrey and Judy Lynn Solo; her brother is named Marcus. Hope started playing at Richland High School and the Three Rivers Soccer Club in the Tri-Cities.

She played for the Huskies at the University of Washington from 1999 to 2002, was a four-time All-Pac-10 selection, Pac-10 Player of the Year, three-time NSCAA All-American, and was nominated for the Hermann Trophy.

Solo was selected fourth overall in the first round by the Philadelphia Charge during the 2013 WUSA draft. In September 2008, Hope signed with Saint Louis Athletica; that same year, Solo was named starting goalkeeper for the U.S. Team that won the gold at the 200-8 Summer Olympics in Beijing.

In May 2010, Hope signed with the WSP expansion team, Atlanta Beat and Washington Freedom (now MagicJack in 2011; in February 2012, he played for the Seattle Sounders Women along with U.S. teammates Magan Rapinoe, Sydney Leroux, and Alex Morgan.

Hope and Megan Rapinoe were assigned to the Seattle Reigh FC on January 19, 2013. Hope Solo received personal leave from Seattle in August 2016, around the same time her contract with the National Team ended. 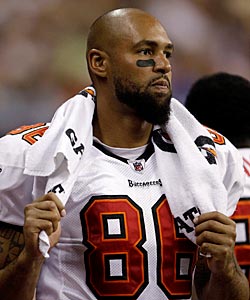 “We take such matters quite seriously,” he said. “Obviously, Jerramy Stevens will not be playing today, and we will treat this matter with the seriousness it deserves.”

“We take such matters quite seriously,” he said. “Obviously Jerramy Stevens will not be playing today and we will treat this matter with the seriousness it deserves.”