Jennifer Newsom is the gorgeous wife of politician and businessman, Gavin Newsom -best known as the current governor of California.

Jennifer’s husband announced on March 19, that every Californian needs to stay home amid the coronavirus outbreak. He ordered all 40 million residents of the state to stay at home as the country fights the growing pandemic.
The lovely Jennifer Newsom also made the headlines after she revealed she’s running out of toilet in a tweet.
The couple who look like movie stars, of course living in California that’s what you’d expect, has been married for over a decade. Check out Jennifer’s top facts below. 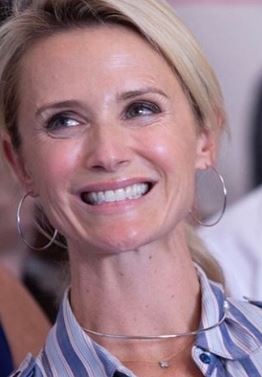 #1 She hails from San Francisco

Jennifer Newsom was born Jennifer Lynn Siebel on June 19, 1974; to parents Ken, an investment manager and mom Judy, the co-founder of the Bay Area Discovery Museum in Sausalito. Born in San Francisco and raised in Ross, Jennifer grew up immersed in the sports world: tennis, basketball, horseback riding, skiing, dance and playing on the U.S. Women’s Junior National Soccer Team.

She attended the Branson School and later Stanford University, earning a bachelor’s and postgraduate degree there. She traveled around the world, living in Africa, Europe, and Latin America with Conservation International, an environmental organization that works in more than 40 countries on four continents.

#3 She pursued an acting career

Jennifer Newsom elected to pursue a film career. The blond actress-producer has taken bit parts in major motion pictures, including the Jack Nicholson-Diane Keaton romantic comedy “Something’s Gotta Give,” and leading roles in independent films, in addition to other television and movie appearances. According to a 2007 interview, she also ran her own production company, Girls Club Entertainment.
In addition, she is the President and CEO of the non-profit organization, The Representation Project.

#4 She is wife number two

Gavin was previously married to Fox News contributor, Kimberly Guilfoyle. The couple remained married from 2001 until their divorce in 2005. Jennifer met her husband on a blind date in 2006. About six months later the couple announced their engagement. They became husband and wife in July 2008.

Jennifer Siebel Newsom and Gavin welcomed first child, Montana Tessa Newsom in September 2009; the couple welcomed a son, Hunter Siebel Newsom, on June 12, 2011. Daughter Brooklynn was born on July 3, 2013. Their latest addition to the family came on February 26, 2016, with the birth of a son, Dutch. 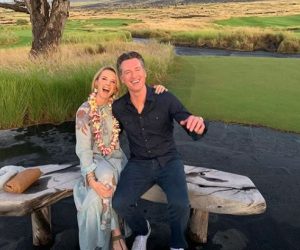 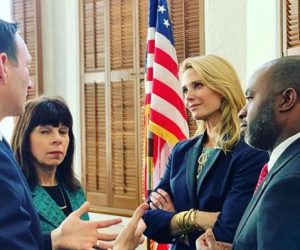 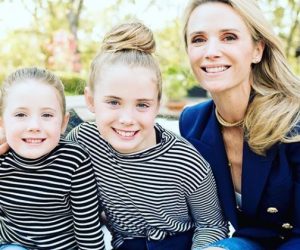 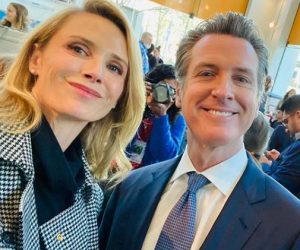 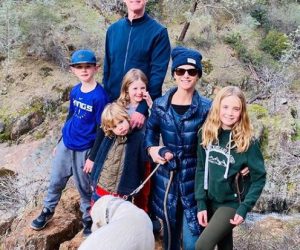 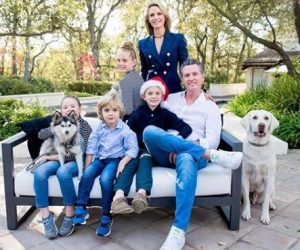 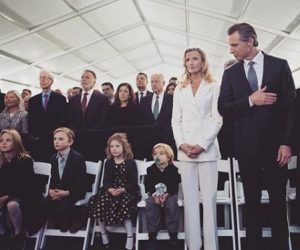