Jesse Barrett is the proud husband of appeals court judge, Amy Coney Barrett, most recently President Trump’s pick for the Supreme Court; set to fill the Supreme Court seat made vacant by the death of Justice RGB.

Jesse’s wife is a lawyer, jurist and academic who was nominated by Trump to the appeals court in 2017. She’s worked on the 7th Circuit Court of Appeals since.

Born Amy Vivian Coney on January 28, 1972; she studied at the University of Notre Dame’s Law School, graduating first in her class. She clerked for Judge Laurence H. Silberman and for Associate Justice Antonin Scalia.

She was later an associate at Miller, Cassidy, Larroca & Lewin in Washington, D.C., where she litigated constitutional, criminal, and commercial cases in both trial and appellate courts
In addition, judge Amy taught at Notre Dame Law School, for 15 years and still teaches part time at the school.

She and her husband have been married for years. Check out interesting facts about him. 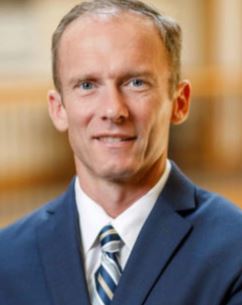 1. He met his wife while at Notre Dame

2. He is a former federal prosecutor

Jesse Barrett was a former federal prosecutor and assistant United States Attorney in the Northern District of Indiana for 13 years. He had preivously worked on civil and criminal litigation at two national law firms.
During his time as federal prosecutor, he tried over 20 cases to jury verdict and handled numerous appeals, including arguments in the Seventh Circuit and the Indiana Supreme Court. He went onto received awards for his service from multiple federal agencies.

3. He works at a private law firm

He currently serves as a partner at law firm SouthBank Legal in South Bend, Indiana. According to a website, he specializes in commercial litigation, criminal defense, internal investigations, and defense of white collar crime.

4. He speaks fondly of his children

Jesse Barrett and his wife have been married for nearly two decades. Together they are the proud parents of seven kids, including a child with Down syndrome and two children they adopted from Haiti.

Judge Amy gave birth to five children Emma 19, Tess 16, Liam 11, Juliet 9 and Benjamin who is 8. While Vivian 16, and John Peter 13, -were both born in Haiti and their youngest Benjamin, was born with special needs.

During an interview Jesse Barrett revealed about daughter Vivian

Vivian is our miracle. Vivian joined our family… She was born in Haiti. She came home when she was 14-months-old, and she weighed 11 pounds and she was so weak we were told she might never walk normally or speak. Today Vivian is a track star, and I assure you she has no trouble talking.

The Barretts are said to be life-long members of People of Praise; a small, tightly knit Christian group. 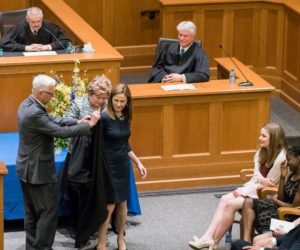 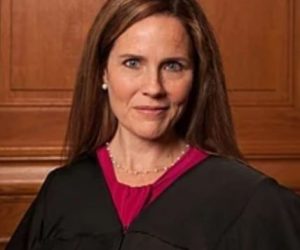 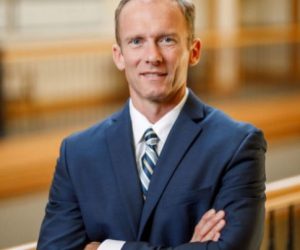 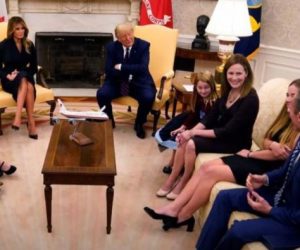 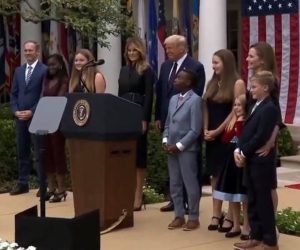 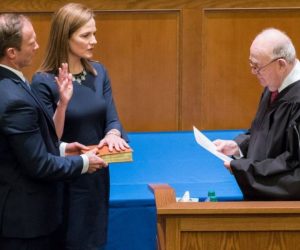 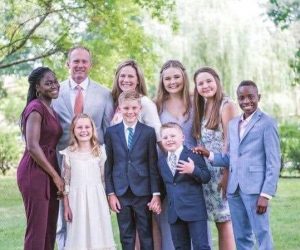