Anjali Pichai is the wife of  business executive, Sundar Pichai; her hubby is the chief executive officer at Google.

It sure is nice to be married to a bright man, but how about to be married to the highest paid CEO around? Earlier this year, we learned, the Indian native, was named the highest-paid CEO in the U.S. Last February, Google awarded Pichai $199 million in restricted stock, which was the biggest grant reported by a Google CEO, according to Bloomberg.

And according to the Times of India, he made a ridiculous amount of money last year.  A regulatory filing revealed Pichai was paid a salary of $652,500, awarded restricted stock worth $99.8 million and given “other” compensation of $22,935 making a grand total of $100.5 million in 2015 alone.

Sundar Pichai joined Google in 2004 and became CEO in August of 2015. Prior to that, he led the product management and innovation efforts for a suite of Google’s consumer products, including Google Toolbar, Chrome and Chrome OS. He was also responsible for the HTML5 and open web platform efforts at Google.

Sundar brings more than 20 years of experience developing high-tech consumer and enterprise products. Before joining Google, he held various engineering and product management positions at Applied Materials, and was a management consultant with McKinsey & Company for a variety of software and semiconductor clients.

Sundar received a B.Tech from the Indian Institute of Technology and was awarded an Institute Silver Medal. He holds an M.S. from Stanford University, and an MBA from the Wharton School, where he was named a Siebel Scholar and a Palmer Scholar, according to his LinkedIn.

Anjali met her hubby while they both attended the Indian Institute of Technology Kharagpur. The couple dated in India but she later joined him in the United States. It is said, it was Anjali Pichai who told Sundar to stay at Google after he was contacted by Microsoft, Yahoo and Twitter; and now he is the CEO.

Below you can read more facts about Mrs. Pichai

1. She also studied engineering, she holds a B Tech, Chemical Engineering from IIT Kharagpur

2. Anjali is from Rajasthan.

3. Sundar proposed to Anjali during his final year of Engineering from IIT Kharagpur

4. Anjali Pichai is the mother of the couple’s two children: daughter Kavya and son, Kiran.

5. She is the Business Operations Manager at Intuit

6. she and her family live in San Francisco. 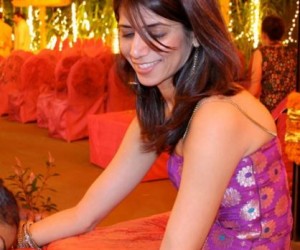 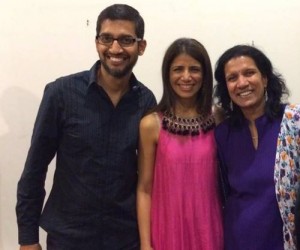 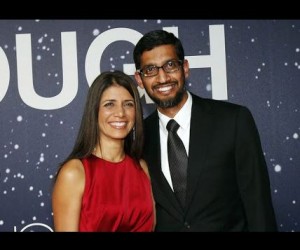 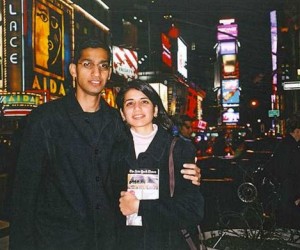 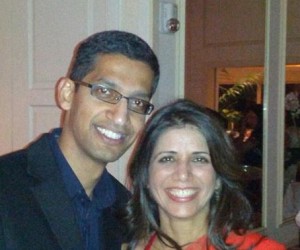 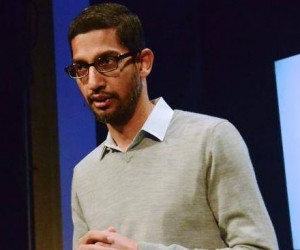 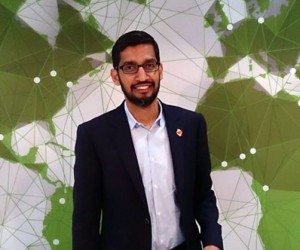