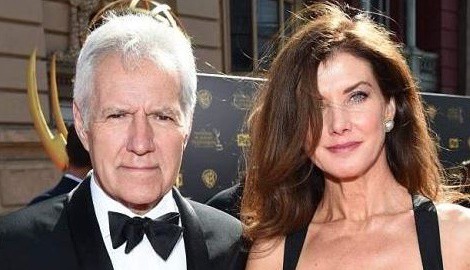 Jean’s husband was born in Canada as George Alexander Trebek on July 22, 1940. He began his broadcasting career as a sportscaster and newscaster for CBS in the early 60’s. Trebek who graduated from the University of Ottawa with a degree in philosophy landed his first hosting job in 1963 –hosting a Canadian music program called Music Hop.

Through the 70’s he went onto host shows including The Wizard of Odds, High Rollers, Double Dare but it was the 1984 revival of Jeopardy that has cemented Trebek as a TV personality for over three decades.

Meet his lovely wife, Jean Currivan Trebek in her top facts below. 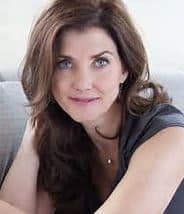 #1 She is a career woman

#2 She is Alex Trebek’s second wife

In his lifetime Alex has been married twice, the first one to businesswoman Elaine Callei. The marriage lasted from 1974 until 1981 and did not produce any children.

He married second wife, Jean Currivan in 1990 before 150 guests at L.A.’s Regency Club, where Trebek famously responded to his critical cue by saying, “The answer is… yes.”

Since their nuptials, Jean Currivan Trebek and Alex Trebek have welcomed two children together, son Matthew born in 1990 and daughter Emily born in 1993.

#4 Jean is 26-years younger than Trebek

Jean Currivan Trebek is currently 52-years-old while her husband in 77. The two met at a party and got married when she was 26-years-old. People reported that Trebek proposed to Jean on her 26th birthday. He gave her black velvet pants and a matching jacket, and she thought that was it. However, he surprised her by proposing with a 16-carat sapphire ring, surrounded by diamonds

#5 She is a religious woman

During an interview, Alex revealed that Jean attends the North Hollywood Church of Religious Science. The church’s website lists Jean as a practitioner.

#6 Her son owns a restaurant

According to the New York Post, the couple’s son Matthew, opened a Mexican street-food restaurant called Oso in Harlem in mid-2016. Matthew Trebek said during an interview:

“I’m much more like my mom,” “My mom and I are much more reserved and shy, and my dad and my sister are a little more outgoing and [want] to be the entertainment people.”

#7 She is not comfortable being in front of the camera

Jean Carravan Trebek might have a famous husband but the camera isn’t for her. Instead, the lovely lady leaves all the shining lights for her hubby. The wife and mother of two said during a 2013 video with photographer Christina Gressianu “having to put on make-up and having to focus on me is a challenge.”

Joy Covey was an extraordinary woman.  Who would think that a girl who dropped out of high school at … END_OF_DOCUMENT_TOKEN_TO_BE_REPLACED 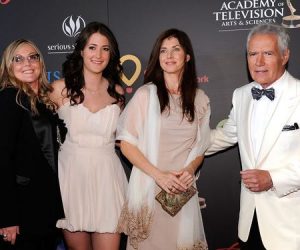 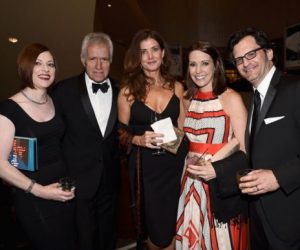 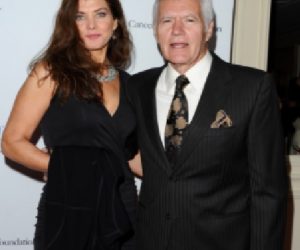 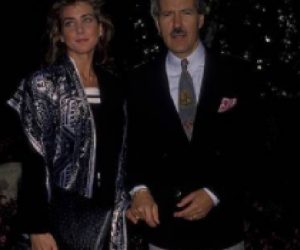 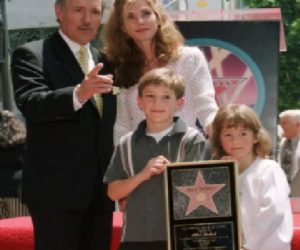 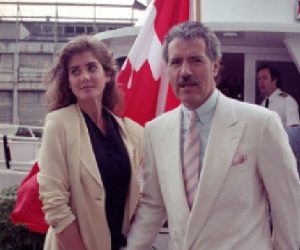 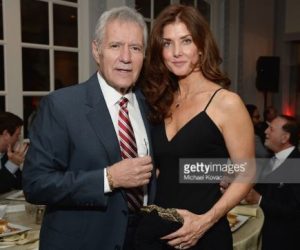