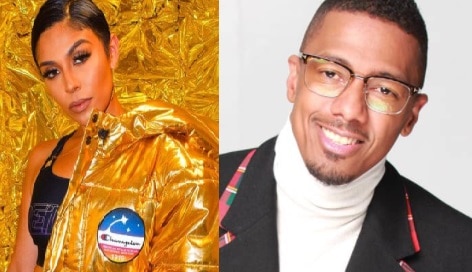 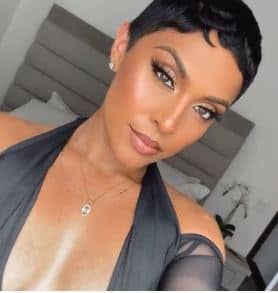 1. She joins other women in having children with Cannon

Abby who is the new lady in the life of TV & radio host and comedian, is the latest woman to have his children.

Cannon is the proud father of four other kids. Cannon was famously married to megastar songstress Mariah Carey from 2008 until 2016, and with whom he shares twins, Monroe and Moroccan.
He and model/actress Brittany Bell welcomed a child, son Golden Cannon in 2017. Brittany Bell is a Guamanian-American actress and former Miss Arizona USA; she and Cannon dated on and off following his December 2014 split from Carey.
They welcomed their second child together just last December, Brittany gave birth to a daughter, Powerful Queen Cannon in 2020.

According to her social media info, Abby is a broadcast professional and an international DJ. She is a radio personality at REAL 92.3 According to her profile, the L.A native graduated from a Broadcasting school where she began her journey in radio.
She began her career with the street team at a Latin station, she soon secured a position on a urban station street team and found herself learning and working with of some of the industry’s top DJ’s.
She’s had the opportunity to interview the likes of Tyra Banks, Tyga, Rick Ross and several other artists.

She also helped bring talent to surface by featuring new artists on her blog “What’s Blooming”. Furthermore she hosted her online show “The Rose Delivery” -which became known for the raw talent it showcases.

3. She runs her own business

In addition, Abby is an entrepreneur, her business is called Masked by La Rose. Abby sells reusable and washable masks on her site where she says: “Why not be a BAD B**CH while wearing a mask?!”

4. She and Nick are currently together

It is not clear when the two began dating, however they are currently in a relationship and are exctatic about their twins. Abby shared an intimate clip that showed off her growing baby bump with her man by her side. 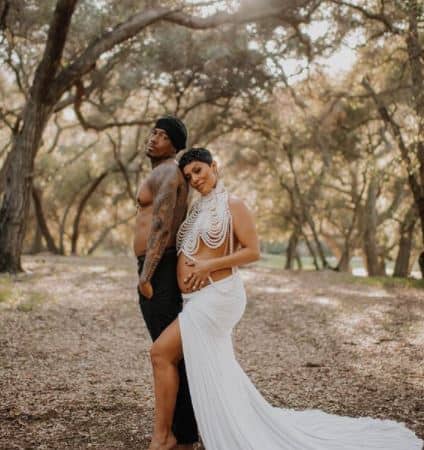 The mom-to-be, who is expecting boys, wrote

“Our dearest sons – my miracle babies…“Thank you for choosing me to be your Mommy. “I know the Lord has destined me and prepared me for the gift of not one but two little angels. I pray that God gives you both the strength to walk brave and boldly in your individual truth just like your Daddy.”

5. She is younger than Cannon

Abby De La Rosa can be found on Instagram, where she has over 47k followers. 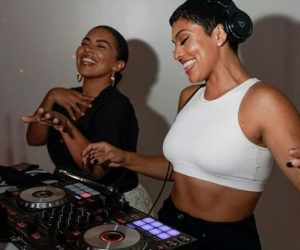 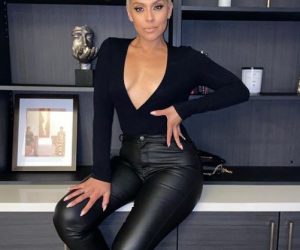 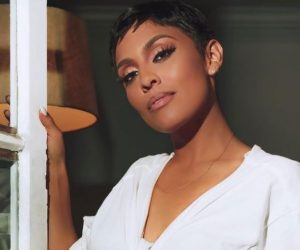 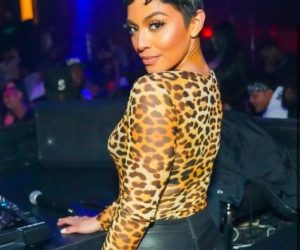 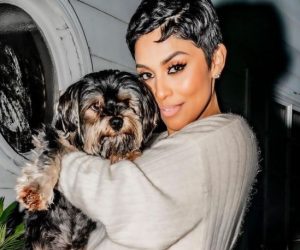 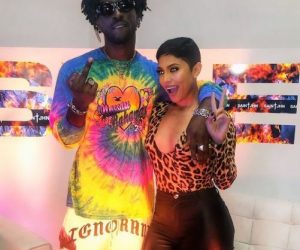 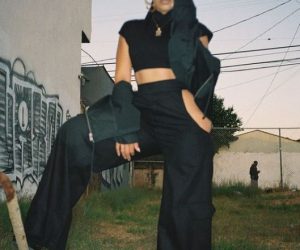