Jade is the name of the stunning girlfriend of Daniel Hernandez best known as Tekashi 6ix9ine –the Brooklyn rapper who was sentenced to two years behind bars.

Jade’s beau pleaded guilty to racketeering, firearms and drug trafficking charges related to several shootings and assaults around New York City. Because he has already served about 13 months behind bars, he is due to be released late next year.

Tekashi, well known for his signature rainbow hair and teeth is of Latino origin. Hernandez was born May8, 1996; and has been active in the music industry for some time releasing songs including Exodia,” “Go Crazy,” “Oweee” and “Zeta Zero 0.5” –but it was his 2017 single ‘Gummo’ -that put him on the map. Gummo went Platinum.

The 23-year-old is currently in a romantic relationship with Jade, check out her top facts. 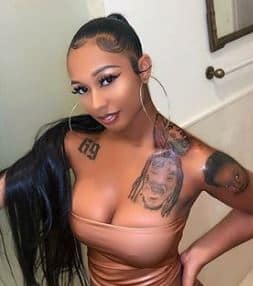 The 23-year-old is the father of a young daughter with former girlfriend, Sara Molina.

According to reports Molina and the rapper got into a fight after she confronted him about cheating on her with new chick, Jade. During their argument, Tekashi allegedly hit her in the face, leaving her with a bruised lip.

#3 Jade does her own thing

Jade is a bartender and aspiring rapper –according to HotNewHipHop. The brunette –is also the mother of a young daughter.

#4 She was accused of sleeping with Offset

Jade has also found herself in the middle of scandal. She first made headlines last year when she was accused by Cardi B of sleeping with her man, Offset.
Things got nasty when Cardi is said to have ordered an attack on Jade and her sister, Baddie GI.

#5 She issued a lawsuit against Cardi B

Jade claimed that at least five members of Cardi’s team “viciously attacked her, grabbing her hair, punching her, and hitting her with an ashtray” while she was working. The sisters also claimed that a second attack took place on August 29 of 2018. 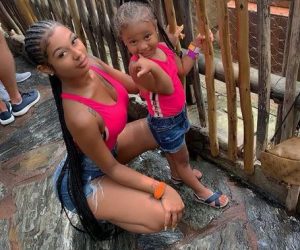 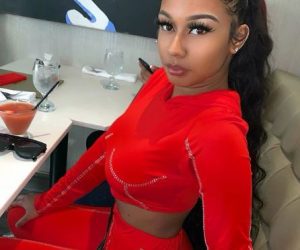 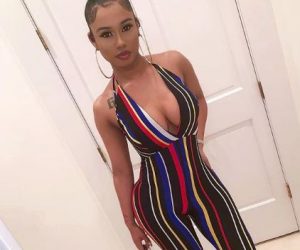 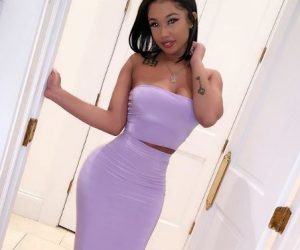 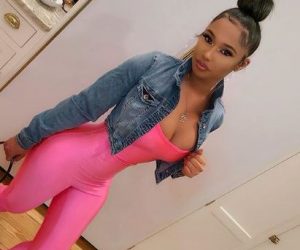 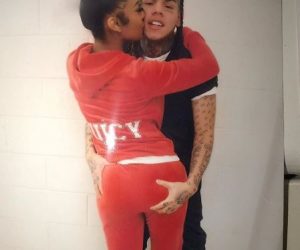