Meet Sofia Calzetti, she is the current girlfriend of Argentinean soccer player Sergio Aguero, mostly known as Kun Aguero. Aguero is currently a striker for the Spanish team Barcelona; he previously played with Manchester City, Atletico Madrid, Independiente. In addition to that, Aguero also plays for Argentina National Team.

More recently Sergio Aguero underwent heart surgery after complaining of chest pain, some reports suggest he has cardiac arrhythmia; as a result, doctors have suggested he should consider retirement at the age of 33. Aguero addressed his medical condition on Twitter.

“Given the rumors, I will say that I am following the advice of the club’s doctors, doing tests and treatment, and seeing my progress during the next 90 days. Always positive,”

Sergio Aguero born Sergio Leonel Aguero del Castillo on June 2, 1988, in Buenos Aires, Argentina is one of the children born to Leonel del Castillo and Adriana Aguero. He has six siblings; sisters Maira, Daiana, Yesica, and Gabriela and brothers Gaston and Mauritius.
5’8 Sergio started his career in Argentina playing for Loma Alegre, Los Primos, and later for Independiente in 1997; he joined Independiente’s senior team in 2003, recorded 23 goals in 54 appearances.
He played for Atletico Madrid from 2006 to 2011, scored 75 goals in 175 matches. The greatest years of his career were during the ten years he spent playing for Manchester City; at City Aguero scored184 goals in 275 appearances. On May 31, 2021, Aguero signed a two-year, 114,485,000 deal with Barcelona; hoping to reunite with his close friend and teammate in the National Team, Lionel Messi, who unfortunately had to leave after Barcelona citing financial difficulties.
Sergio joined the Argentina U-17 team in 2004, he recorded three goals in 54 appearances; in 2005, he joined the Argentina U-20 team recording six goals in 11 matches and two goals in five appearances with the Argentina U-23 team.
Furthermore, Aguero was 18 years old when he made his debut with the National Team during a friendly match against Brazil on September 3, 2006. He recorded his 100th senior international appearance at the 2021 Copa America against Bolivia on June 28, 2021. To sum up, Aguero scored 41 goals in 101 appearances with the National Team. 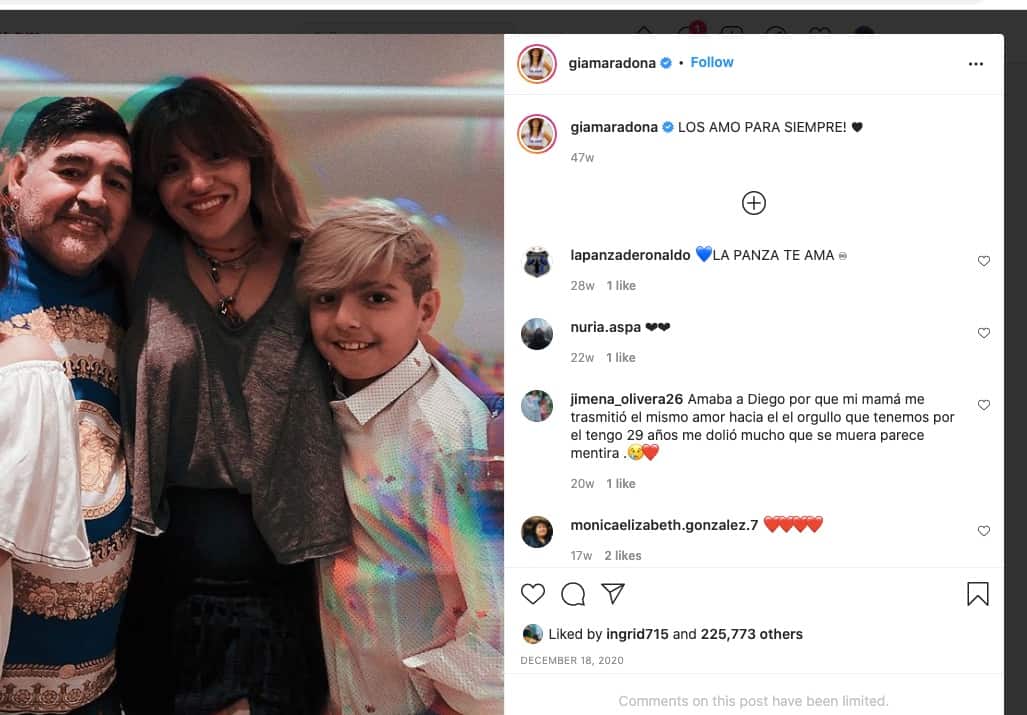 Sergio Aguero is dating Sofia Calzetti; but before her, he was married to Diego Maradona’s daughter Giannina Maradona from 2008 to 2012; certainly, Giannina is the mother of Sergio’s son Benjamin Aguero born in Madrid on February 19, 2009.