From the beginning of his campaign to become the next President of France, a young woman unknown to the general public seemed unavoidable in all of Eric Zemmour’s movements.
The far-right polemicist who wants to replace Emmanuel Macron in May 2022 presented Sarah Knafo as his political advisor.

Nevertheless, the celebrity magazine Closer revealed that Eric Zemmour had an intimate relationship with this 28-year-old girl by publishing explicit photos of their proximity on a beach in the south of France. Subsequently, Eric Zemmour indicated that Sarah Knafo was indeed his new companion and French websites even indicate that Sarah Knafo is pregnant.

So who is Sarah Knafo, Eric Zemmour’s lover?

Here are the main things you need to know about Sarah Knafo, Eric Zemmour’s new girlfriend.

1/ Sarah Knafo is 35 years younger than her lover, Eric Zemmour.

Sarah Knafo was born on April 24, 1993 in Les Pavillons-sous-Bois, a small town north of Paris. The age difference with Eric Zemmour is therefore 35 years ! Like her future husband, she comes from a Jewish family from North Africa. She had a peaceful childhood and a brilliant education (Science Po Paris and ENA, two elite universities in France).

2/ Sarah Knafo worked at the French Embassy in Libya

During her studies, she did an internship at the French Embassy in Libya, relocated to Tunis because of the Libyan civil war. It was at this time that she specialized in the management of migratory flows, a theme dear to her future lover, Eric Zemmour.

3/ She is the director of Eric Zemmour’s presidential campaign

Officially “strategic director” of the campaign of her companion, Eric Zemmour, it is whispered that Sarah Knafo has strongly participated in federating the various currents of the French extreme right behind a candidacy of Eric Zemmour. She has organized many meetings between the French polemicist and extreme right-wing figures such as Marion Maréchal Le Pen or Nicolas Dupont-Aignan. 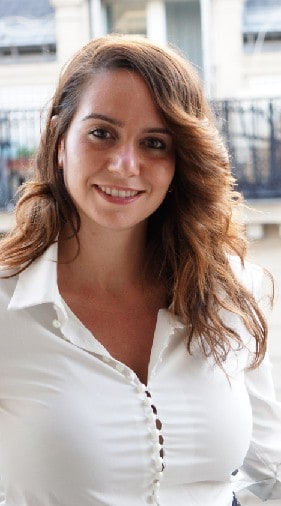 4/ She could become the youngest First Lady of France in history.

If Sarah Knafo’s future husband, Eric Zemmour, becomes the new President of France, Sarah Knafo would be the youngest First Lady in French history. It would not be the first time that a French President officially lives in the Elysée Palace with a new wife, we will obviously mention Carla Bruni-Sarkozy and Valerie Trierweiler (second wife of François Hollande) as famous precedents. On the other hand, it will be the first time that such an age difference would exist between a French President and his companion.

According to the very serious newspaper Le Monde, Sarah Knafo would have posted on social networks “tender photos with Louis Sarkozy” in November 2013. So this is not the first time that Sarah Knafo is attracted to men close to power.

Conclusion on Sarah Knafo, the future wife of Eric Zemmour 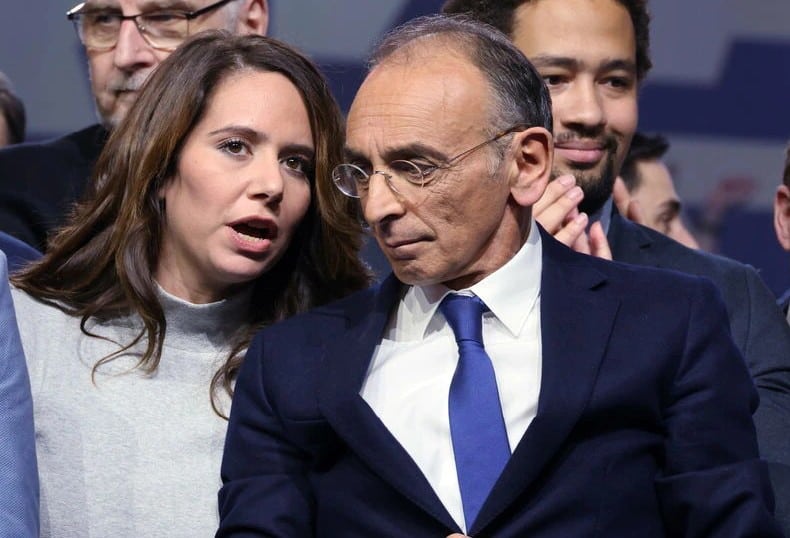 You will have understood that Sarah Knafo is a studious young woman with an important network within the French extreme right which naturally made her meet Eric Zemmour, before becoming, during the French presidential campaign, the official companion of the candidate. If her future husband, who presents himself as “the French Donald Trump”, wins the French presidential election in May 2022, she would be the youngest First Lady in French history. By the way, she is the same age as Tiffany Trump.

Who is Elana Rochelle Caplan, the wife of Amazon future CEO, Andy Jassy ?

The world discovered Andy Jassy, husband of Elana Rochelle Caplan, on February 2, 2021 when Amazon’s multi-billionaire boss, Jeff Bezos, announced that he would relinquish leadership of the group to Andy Jassy. Andy Jassy will thus become the number 1 of one of the most powerful companies in the world and which weighs more than 200 billion dollars on the stock exchange.

But who is the wife of Andy Jassy, one of the most powerful men on the planet ? You will learn all about Andy Jassy’s wife in this article.

Elana and Andy Jassy have been married since 1997. It was an important year for the couple as it was also in 1997 that Andy joined Amazon to work with Jeff Bezos as Marketing Manager.
But Elana didn’t know at the time that she was going to marry the future CEO of the Amazon group.
They were married at the Loews Santa Monica Beach Hotel and it was a close cousin of Elana’s, Rabbi James Brandt, who celebrated their wedding.

Elana Jassy has always been fascinated by the world of fashion and beauty. She used to design dresses when she was a teenager. She then decided to join the Philadelphia College of Textiles and Science. After graduation, she became fashion designer for Eddie Bauer. It is Elana who also advises her husband Andy on the costumes to wear during his big TV interviews.

Elana had two children with Andy Jassy. They live in Seattle in the popular Capitol Hill neighborhood in a beautiful home they acquired in 2009. Elana’s children are passionate about sports and often go to baseball games with their parents. 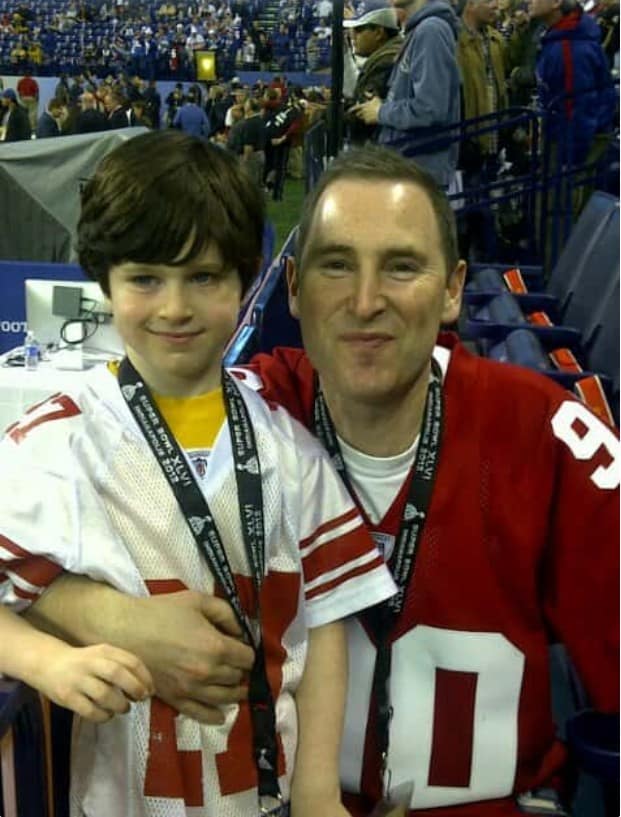 4. Elana grew up in Beverly Hills.

Before becoming the wife of Amazon’s boss, Elana never lived in poverty as she grew up in Beverly Hills and her parents were already wealthy. Her mother worked for the law firm Bryan Cave, a well-known Santa Monica law firm. Her father worked for Dewey Ballantine. In short, she is the daughter of two accomplished businessmen and it is no surprise that she fell in love with Andy Jassy.

5. Elana Jassy and her husband financially support the Democratic Party

By consulting the official FEC data from the Center for Responsive Politics, we see that Elena and Andy Jassy have made numerous donations to Democratic Party candidates. Elana has donated large amounts to Barack Obama, Nancy Pelosi, Joe Biden, Hillary Clinton and even Bernie Sanders. 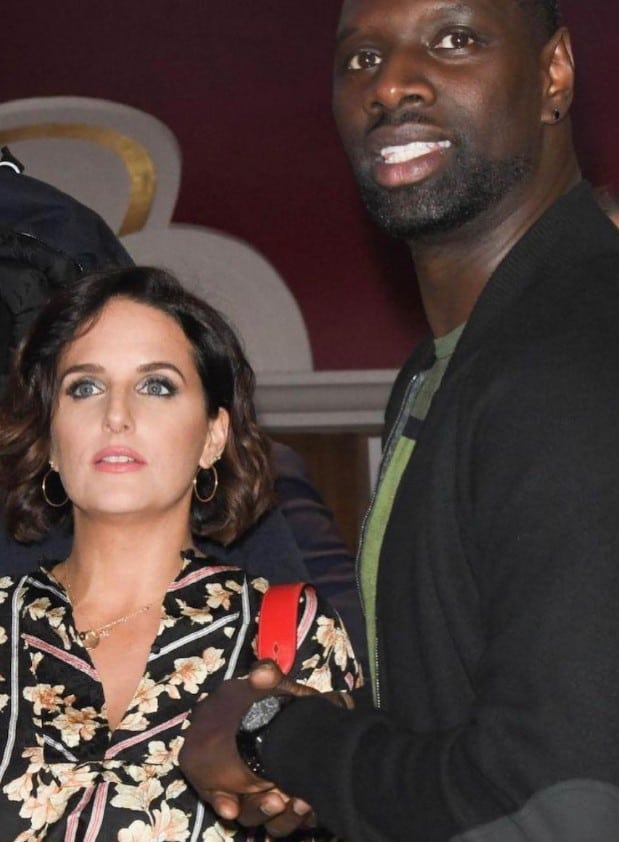 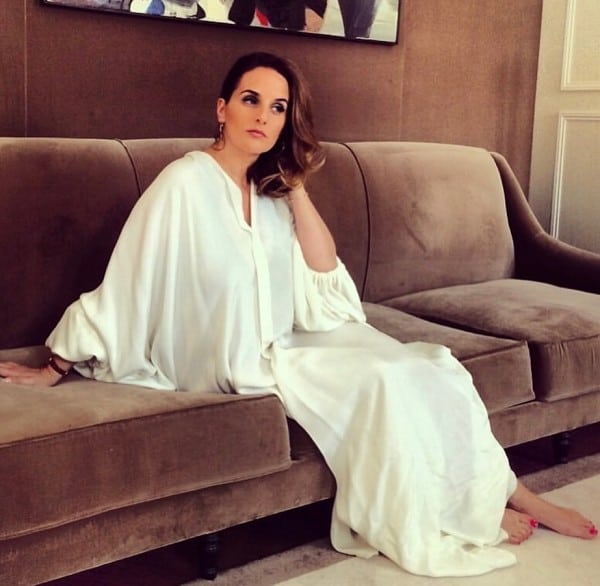 Additional fact : she left France because of Omar Sy’s fame.

Helene Sy told the French newspaper La Nouvelle République that she wanted to move to the United States because she found it complicated to raise children in a country where Omar was a star. Unfortunately, or fortunately, for her, Omar Sy became a star also in the United States and around the world following his outstanding performance in the hit series “Lupin” on Netflix. But now, the children of Helene Sy and Omar are a little older and the couple will have learned to deal with the drawbacks of fame.